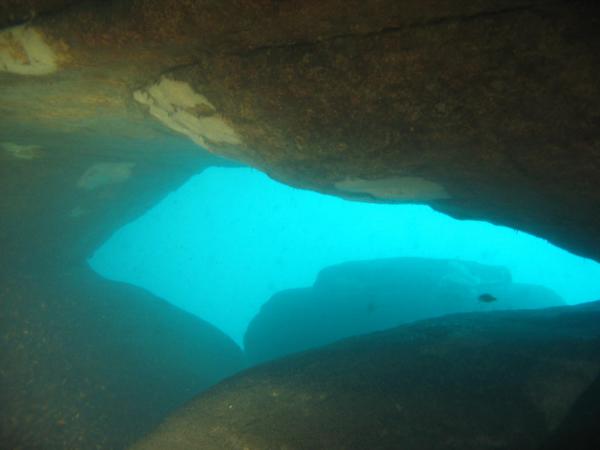 The Thermal Lake of Hévíz, which was already known in the Roman Era, is situated at the western end of Lake Balaton, in the western valley of a hill range running to northern-southern direction. .
The area surrounding the Thermal Lake of Hévíz is carachterised by a heavily ruptured geological structure. The spring of the lake might have been formed along the northern-southern and northwestern-southeastern fault lines.
The Triassic layers sank down gradually along the fault lines. The spring crater of more the 38m deep lies on clay and sandstone of Pannon Age while the part over 38m lies on main dolomite of Triassic Age.

The spring crater might have been formed such a way that the thermal water springing up along the fault lines penetrated into the layers of clay and sandstone lying bellow the turf layer, then it mixed with the colder karst water and the hot water hollowed out the spring crater of 70 x 90 m diameter from the loose rock.

The so called "cold side part" can be found left of the spring corridor, which was so named by a karst spring of 17.2 °C which was still active at the time of the discovery of the cave. The so called "hot side part" can be found right of the spring corridor, where waters of varying temperatures (from 20.2 °C to 39.8°C) comming out of 10 spring fissures get mixed up into the thermal water of 37.8°C which feeds the lake.

Based on the calculation of the geometric gradient the water springs up from a depth of 900m. Based on the C14 dating method the age of the mixed water is about 5600 years (data from 2005).