Fauna of the Hévíz Thermal Lake 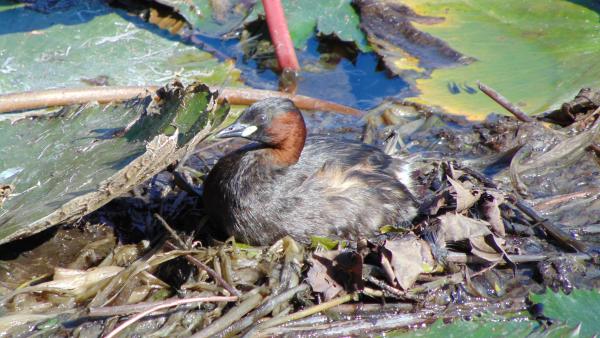 Researches have touched upon several but not all the animal groups living in the lake. First we are considering the microscopic creatures.
Two of the Nematodea of the lake " Crocodolrylaimus thermalis and Neoactinolaimus tepidus " proved novelties to the sceience. There are some rare species also among the Rotifera (Epiphanes brachionus var. Spinosus, Lecane inermis),
(Cladocera, Ostracoda, Copepoda) Ponyi Jenő gave a detailed description of the lower shell-fish describing a unique Harpacticoidea (Copepoda) sub-species (Schizopera clandestina heviziensis) from the lake.

An unique Hydracarina mite also lives outside the plank surrounging the lake.
66 snail species and 8 varieties live in the lake and in its surroundings, which is a very high number considering the 190 snail species to be found in Hungary.

The indegenius species of the lake include the crucian carp (Carassius carassius), the tench (Tinca tinca), the common carp bream (Abramis brama), the ide (Leuciscus idus) all of them preferring the reedy marshes, and the already extinct wild common carp (Cyprinus carpio-carpio f. acuminatus). The weatherfish (Misgurnus fossilis) and other fishes typical to Lake Balaton also swim up to the lock of the lake but it has not been found in the lake itself.
From among the amphibians the fire bellied toad (Bombina bombina) and the marsh forg (Rana ridibunda) live at the edge of the draining canal covered with plants, the edible frog (Rana esculenta) and the smooth newt (Triturus vulgaris) live in the lake water; among the raptiles a small number of common snakes (Natrix natrix) and dice snakes (Natrix tesselata) live here. In the draining canal and among the reed the European pond turtle (Emys orbicularis) appears sometimes.
Various ducks can be seen in the drainging canal especially in autumn and spring and when the Balaton freezes over, the mute swans (Cygnus olor), the black-headed gulls (Larus ridibundus), and sometimes even the scoots (Fulica atra) move here. The swallows gather together in the forests around the lake and a lot of non-migrating birds find winter shelter here.
As for the mammals, the water-rat (Neomys fodiens) eats small fish, while the shrew (Sorex araneus) feeds on insects. The loans are burrowed by the mole (Talpa europaea).

Three other fish species have been introduced into the lake. The small sized, viviparous mosquitofish (Gambusia affinis) feeding mosquito larvae and tiny plankton is very special. They were introduced from the southern waters of North America in the autumn of 1937 with the definite intention to use them for killing the larvea of the malaria mosquito.In addition to the mosquitofish the silver crucian (Carassius auratus) and the pumpkinseed (Lepomis gibbosus) eating the roe of fish live in the lake and the canal.